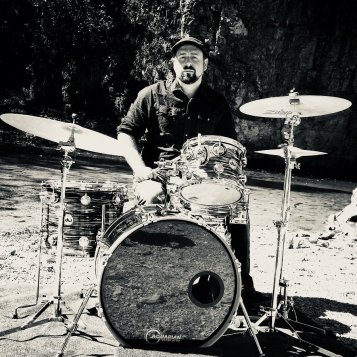 Jesse Shultzaberger holds a Bachelors of Fine Arts from Shepherd University in Shepherdstown, WV. Growing up in a musical family, Jesse’s path began at a young age, playing trumpet and drums. Jesse began teaching drums in 2000 and has taught over one hundred students from beginner to advanced levels in all styles including rock, jazz, funk, country, concert, marching band and more. Along with private lessons, he works with area school jazz bands as well as teaches music to developmentally challenged students. Apart from teaching, Jesse is a professional musician who plays with numerous bands and artists including The Woodshedders, Deep Swell, and Ginada Pinata. Jesse has appeared on over 20 albums and has performed on stages such as The Kennedy Center Millennium Stage, The Barns of Wolftrap, Tamarak, music festivals, clubs and events.