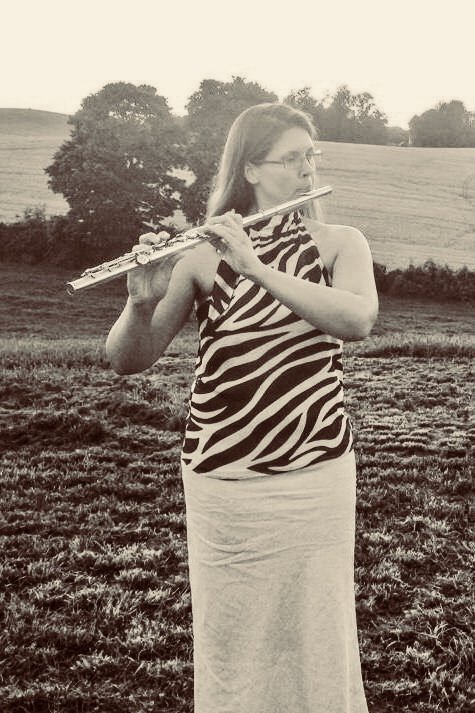 Andrea Diggs had a childhood heavily enriched with both classical and mountain music. She sang and
took piano and violin lessons before the age of ten. By the time she was in 8th grade, she knew she wanted to be a professional flutist. Ms. Diggs earned a Bachelor and Master of Music in Flute Performance in 2002 and 2004 respectively. While there she studied with Frances Lapp Averitt and Charlene Romano. She received additional training from Jennifer Marlowe and LaVerne Sargent. Her Summer Studies include The Pierre Monteux School for Conductors and Musicians with Michael Jinbo and Claude Monteux, Shenandoah Performs with Jan Wagner, and the Flute Orchestral Institute with Ervin Monroe and Jeffrey Zook. During high school and college, she was active in instrumental, vocal, and dance ensembles. She also took private voice lessons with Barbara Hollinshead.

Ms. Diggs has performed with several ensembles in the DC Metro Area including Loudoun Symphony,
Pro Arte Chamber Orchestra of Greater Washington, The City Choir of Washington, The Washington
Chorus, Arts Chorale of Winchester, as well as numerous pick-up ensembles. She currently plays flute
and piccolo with Two Rivers Orchestra and The Charles Washington Symphony Orchestra. Additionally,
she regularly performs a variety of musical styles including jazz and bluegrass as a soloist and in small
groups for various events throughout the area.

Previously, Ms. Diggs taught music to Pre-school through Middle School students in private, public, and
community schools in WV, VA, and Washington, DC. During that time she wrote curricula for beginning
orchestra and beginning choir and directed many student performances. She also developed and taught the note-able MindsTM early childhood music program that incorporates her own original children’s songs mostly in the style of jazz, folk songs from around the world and in different languages, classical melodies, and American Sign Language. This program relies heavily on improvisation and using both pitched and unpitched percussive instruments to teach children the fundamentals of conversational music.

Ms. Diggs continues to teach private flute, voice, and other music lessons to students age 4 through adult at Ellsworth Music, where she has been since 2008. Most recently, she joined the faculty at Shepherd University as adjunct flute professor. Ms. Diggs was the founding Board President of Charles Washington Symphony Orchestra, and has been an adjudicator for woodwind and voice students in WV, VA, and MD.